The first thing I thought of when Alice said gorilla was Ape, the ape best friend of George of the Jungle (cartoon version.) Watch Out! is the tagline that is yelled just before George slams into a tree. 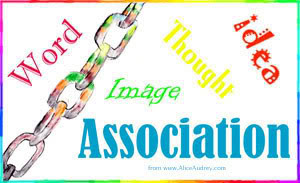 Here are the rules:
1. Anyone can play, whether they have been tagged or not.
2. Include the rules and logo in your post.
3. Copy out all the responses that were made before you.
4. Link to each of the people who responded before you.
5. Put in your response. Your response can be as little as a single word or as much as 100 words. It can be a word, a phrase, an image, a song, a video, a story, or a short rant.
6. Tag anyone you would like to challenge to play this game. You do not have to tag anyone.
7. You can do this any time you run across it, even if you were one of the previous responders.