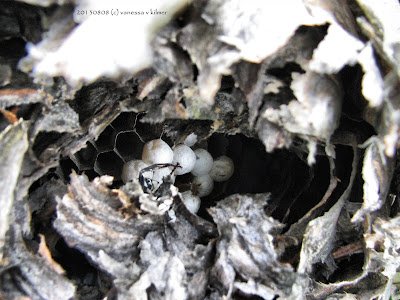 How neat and clean are your home and house?
Have you rid yourself of every villainous louse?

If someone has infected your heart with a germ,
leaving your soul sick and your mind infirm;

if your days are rife with unending strife:

you must purge anything evil and demonic
with an immeasurable gin and tonic.

Don't forget to play with The G-Man each week.

Posted by Vanessa Victoria Kilmer at 10:06 AM 14 comments: 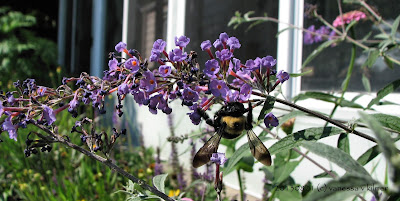 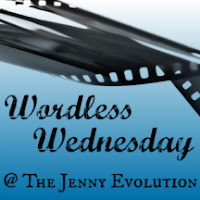 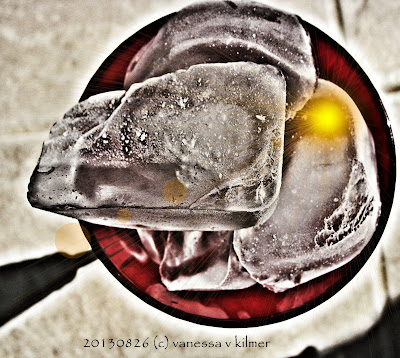 a broken blade lies buried in my heart
twisted, torn and raw
tearing my love from me apart

It’s hard not to lash out when hurt or angry. Most times I keep myself in check. I’ve caused bloody jagged rips in the hearts of others in the past, but the pain to my own psyche seems to suggest that the deeds were not the balm I needed. Still, I wonder if the calm is a worthy goal.

Some say the world will end in fire,
Some say in ice.
From what I’ve tasted of desire

I hold with those who favor fire.
But if it had to perish twice,
I think I know enough of hate

To say that for destruction ice
Is also great
And would suffice.

by Robert Frost
Posted by Vanessa Victoria Kilmer at 11:27 AM 8 comments: 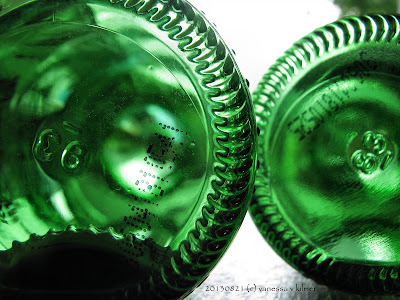 This is my pup. You aren’t afraid of dogs, are you?

You know the solution to that is to quit drinking before you can no longer see properly...

Oh, I’ve always been real good about not getting beer goggles.

Write a story in exactly 55 words with The G-Man

Posted by Vanessa Victoria Kilmer at 1:00 AM 10 comments: 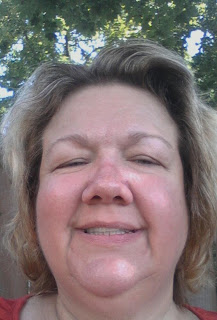 You won't find many pictures of me on the internet [for obvious reasons] but since I've decided to do things that make me feel uncomfortable, I am doing as mindlovemisery suggests and posting an unvarnished photo. I never wear make-up and rarely did even in my disco days. I wouldn't suggest making this image biggerer. :)

the less i know


sharks keep moving
looking for their next
breath in water

Flash 55 - My Stinger Is So Strong 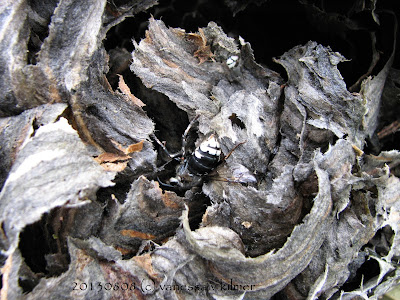 It hurt so much
when you put your stinger in me -
repeatedly.
You made me jump and
wiggle and move
like I never moved before.
You left your mark on me and
I couldn’t forget you for days afterward.
I finally accepted you and
found you could not stand against
a can of Raid.

Accept the G-Man, stingers and all.
Posted by Vanessa Victoria Kilmer at 10:55 AM 27 comments: 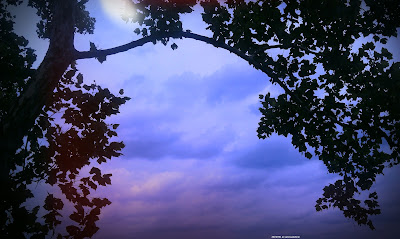 Terra had no idea things would turn out this
Way. If she had known, she’d have done things
In a different way with more care to details.
Like she might
Insist on an alibi with upstanding citizens
Going into the deal or she would consider
Having someone else wholly unrelated to her
Take him out

Get your own alibi from the G-Man by playing with him today.
Posted by Vanessa Victoria Kilmer at 10:20 AM 7 comments: 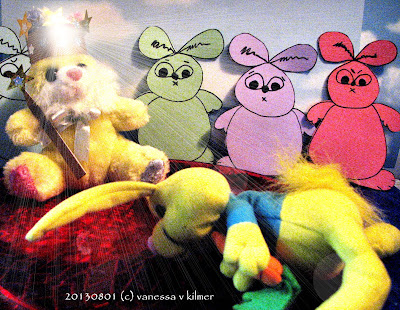 May the Universe recognize your majesty this month,
bowing before your august figure and
showering you with abundant carats of good things.

Posted by Vanessa Victoria Kilmer at 11:02 AM 5 comments: