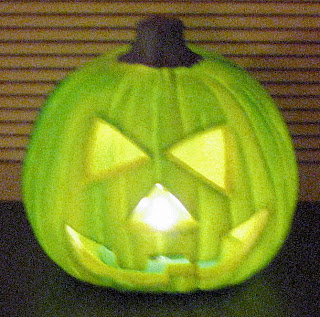 Say hello to some ancestors and put out a libation to sooth a troubled spirit.
Posted by Nessa at 7:58 AM 21 comments:

Things That Bug the Livin' Shit Out of Me

Acronyms - Just use the stupid words already and quit being all elitist.

Drugs - The human race will become extinct because we take drugs for everything instead of fixing the real problems or building immunity.

Celebrities - I just don't care about Brit or Paris or Mel or any of them. They are for entertainment purposes only. They are not friends or relatives. I already know enough nuts. 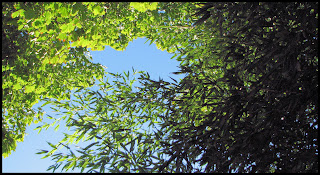 A bird warbles just outside my window. A breeze, cool, constant and caressing, flows over me as I sit reading and daydreaming. I consider the peace of this sunny, crisp autumn day and thank God for the gifts I enjoy.

Whispers of calm and murmured mantras shuffle the branches high in the trees. Light dances through the leaves: yellow, green, red and orange mosaics shimmering across the grass outside and the tile floor on the porch. The play of lights and darks hypnotizes me; heaven could not be better than this moment in time.

NaNoWriMo 2007 starts in a week and a half. I am working on my outline. I won last year writing a 50,706 word novel during the month of November. Granted, many parts of it sucked, but there was NO planning involved. I just went after the word count. From now until November 1st, I will actually think about a story before I begin. Despite the pressure, it was loads of fun just slopping words on the page. Consider joining me.
Posted by Nessa at 5:18 PM 32 comments: 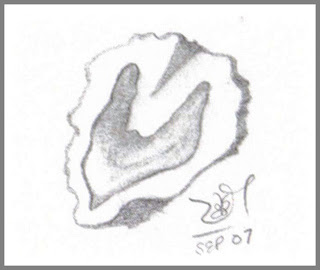 There once was a wacky black walnut.
To avoid a tree rat’s gullet,
he hardened his shell,
rolling away where he fell;
traveling faster than a speeding bullet.
Posted by Nessa at 9:33 AM 23 comments: Thanks everyone for your concern and well wishes.

We are starting to sleep again. But we are still a little jumpy, hearing noises, triple checking locks and looking over our shoulders for Vodka Man.

The backyard of our house is full of sand. The previous owners had a beach theme going on. We are covering it with a stone patio. Vodka Man was the person installing the stone.

Vodka Man once had a lovely wife, three kids, a great house, cars and a well paying job. When he was a young boy in Georgia, his father killed his mother and he shot his father. He never got help for what that must have done to him, so I think a melt down was inevitable. He used copious amounts of alcohol to self medicate. His wife divorced him and took his kids across the country. He's had his car reposed and he has no job. He's now been padlocked out of the rooming house he lived in.

QV had him doing our patio thinking he was helping VM out and VM was doing a good job. He'd lay the stone for us and QV gave him all the beer he wanted and paid him, too.

We think this is what happened: Friday we were going to leave first thing in the morning for the mountains, but we had to wait because we were having a lawn irrigation system put in the front yard and the company decided to do it Friday and we had to be home. All day Friday VM sat around drinking beer and watching the guys install the sprinklers. VM drank up all but three beers. When the guys were done, QV gave them tips. Then we were going to leave. He gave VM the last of the beers in a cooler because VM was going to do some stone after we left. QV said that's all he had and he had no more cash but he'd give VM some on Sunday when we got back.

Saturday, VM did stone in the afternoon. It was hot and humid. He was still at the house at 4:30 when Snoogs was leaving the house. VM was on the front porch when she opened the front door. She told him she was leaving. He said he was thirsty and water wasn't cutting it. She told him we had no beer. He walked by her, into the house and got the BIG bottle of vodka from the liquor cabinet and took it out back.

When Snoogs got back to the house at seven, Vodka Man was gone and the vodka bottle was empty on the backyard bar. We think he downed the vodka in a very short amount of time and since he had no food all day and it was very hot, it sent him into a rage because QV didn't leave him beer or money.

When his ex-wife was fixing up their house to sell, he got drunk, broke in and destroyed the newly renovated bathroom, just because he was mad.

It has now been over a week and no one has seen him. Many people are looking though, as they want to see QV pop him one. We have since heard that he has been banned from several local bars for stealing money off of the bar when people go to the bathroom.
Posted by Nessa at 2:40 PM 30 comments:

This week will be a bit off for me. While we were gone on our relaxing weekend, someone broke into our house.

Snoogs is fine. She did an excellenet job handling the situation. Cody is fine. He was alseep on our bed when Snoogs came home to find the window on the backdoor smashed in. The bathroom window upstairs was broken. Nothing was stolen.

Based on the time frame from when Snoogs left the house to go on an EMT call and when she got back a couple hours later, the way the house was broken into and nothing stolen, we are fairly sure who the culprit is and he has not been seen by anyone since Saturday night.

I consider us very lucky because as things go, the damage was minor. But we won't be sleeping too well for a while, so it will take some adjustments and cleaning up and repairs this week.

I hope to be back in the swing of things by the weekend.
Posted by Nessa at 10:23 AM 30 comments: 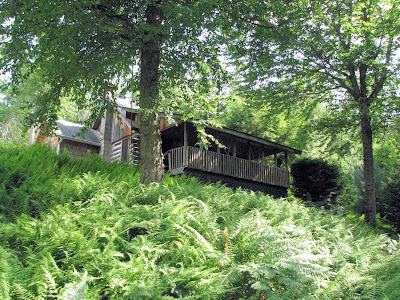 I am off to the mountains for some well deserved peace and quiet. I have posted an animated apple, bad bee and cold cat at the Scavenger Hunt blog. I will be reading Specimen Days and Leaves of Grass for the book group at Nessa's Reading Room. I will also be crocheting scarves for gifts for over seas relatives and drinking wine and tasting apples and cheese. Have fun. I'll see you Sunday night.

Check out the links to the right there, for my other blogs.
Posted by Nessa at 11:30 AM 18 comments:

The Wieners of The Amazingly Bombastic Creativity Image Scavenger Hunt for September have been announced and the new list for October is on the side bar.

The blog for the reading group called Nessa’s Reading Room is up with information and the first book to read.

The theme for October's Photo studies is posted here. Last month's theme was One.

I think I am done with adding new blogs for a while. When you are bored, check out the various offerings I have there on the side. I put the dates of the last updates next to each one so you always know what’s new.
Posted by Nessa at 6:38 AM 15 comments: