Go to the Rose and Prince Brendan Blog for previous chapters.

This chapter belongs between the current chapters One and Two. Tom & Icy pointed out to me that Sienna mysteriously went from cow to woman. The Missing Chapter, Parts 1, 2 and 3, explains the transition from Chapter 1 to Chapter 2, for Sienna.
This is the final part of 3.

After a couple of extra heart beats, Sienna found her voice.


“Yes, queen, among other things. How do you know that?”


“I saw it in the fire," said Loviatar. “You also wish to be a powerful sorceress.”


“Yes, that too.” Sienna could not get over the transformation in the woman. Only older than Sienna by maybe ten years, the woman was a couple of inches taller than her. Her hair fell over her shoulders and down her back in thick black waves. Her skin was clear and alabaster. Her hands, held in front of her were narrow with long delicate fingers.


“Is this how you really look or is it some sort of magic spell?”


“The other was magic, or I should say, a trick of costume. One does not squander true magic when a bit of foolery will do.” Loviatar motioned with one of her fine hands for Sienna to sit at the table. Loviatar sat opposite her. As they did, the young girl came into the room with a tray holding two ceramic cups and slices of fresh bread already buttered and spread with jam. She placed the tray on the table, eyes downcast as before, and left.


“Are these children I see her yours?”


Loviatar motioned for Sienna to eat.


“In a manner of speaking.” She drank from her cup as she watched Sienna eat and drink. When Sienna had consumed two slices of bread, Loviatar spoke again.


“You must tell me in your own words what you want and then ask me for my help.”


“I am The Witch of Spawn Hallow.”


Sienna choked on the sip of the watered wine she had just put in her mouth. She could not believe her luck. The Witch of Spawn Hallow was rumored to be the most powerful witch in the land, crone and old hag reborn in each new generation. Sienna smiled. She took a deep breath.


“I want to be Queen. I want Prince Brendan to fall madly in love with me and for him to forget all about my sister, Rose. I want to be a witch. Can you help me with these things?” 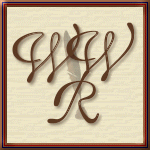 Submitted to the Weekend Writers’ Retreat