who do you think you were 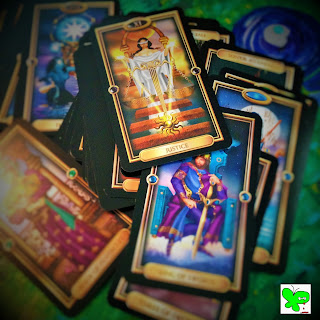 I just took one of those fb quizzes. It was going to tell me what I was in my past lives. Seems I was a warrior. I’m thinking they are on to something⸮

When my daughter was young, I was in my second round of college. One of my professors offered me a job which I took. This job consisted of ten years of struggling with the polar opposites that have always defined my life. He was a religious, married man who had a girlfriend who turned out to be someone from my past. She was my age (he was 10 years or so older), from my parents’ social circle and we went to high school together although we never associated with one another at that time.

The girlfriend and I became friends. Not really but I can’t find a better word for what we were. I tried to mold myself into that concept but ultimately it didn’t work out. I think I’m friendship incompetent, illiterate, dysfunctional, disabled. I’ll look for a better word for that later.

Anyway, my boss’ office was located in a small town in the pine barrens of New Jersey. One of those little eclectic touristy places with small shops and unique businesses. Around the corner was a metaphysical bookstore. The owner gave classes on different things. Girlfriend wanted to learn how to read Tarot cards. She fancied herself esoterically inclined. She was afraid to go alone, so she finagled me into going with her. Since my great-grandmother on my mother’s side read cards for her village’s witch, I decided to go along for the ride.

Girlfriend lost interest after about three classes as she so often did. I continued on. Seems I had some skill with the process. I went on to read cards at the shop on weekends for some extra cash. None of this really matters for the original point of this little ditty.

One of the things I learned to do was past life regression readings. None of my past lives were very glamorous. I wasn’t anyone famous or important. Like the one woman who insisted she was Marilyn Monroe in a past life. We couldn’t convince her this wasn’t possible because she was born before Ms. Monroe died, though. Maybe she was anticipating the alternate universe craze. Anywho…

In one life, I was a girl born into a poor family during the middle of the 14th century in central Europe. I had a mother and father and an older brother and older sister. It was during the Black Death and we were on the move, walking, carrying what little we had on our backs, in search of a better life and running from the sickness.

Since I was a girl (not the pretty one) and the youngest and puny and rather quiet (which translated into not too bright at the time) and resources were scarce, my parents decided to leave me behind so the rest of them had a better chance at survival.

I awoke one morning to find my family had snuck away from me during the night.

Posted by Vanessa Victoria Kilmer at 10:42 AM