it's not a sacrifice unless i say so 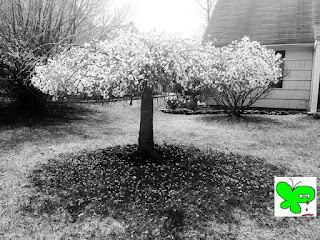 Wrapped around the trunk of the old oak tree, Orlando Dawn turned his face to the rising sun. He was still alive. That surprised him. He had accepted that he’d be dead by morning. He was sure that his life was needed as sacrifice to alleviate the drought and to bring abundance back to the land. Did the ritual go wrong or was his suffering for hours tied to Yggdrasil what was needed?

His skin was raw where the ropes cut into his flesh. He had periodically fallen asleep, or passed out, during the interminable night. His sagging body weight turned the ropes into knives. The blood from these wounds crusted around his bindings. He envisioned the pain of pulling the rope out of his body. That was, if he was going to be released. He still didn’t know if his death was required.

The priests and priestesses were not keeping vigil. No one was. The storm last night must have driven them all into shelters. A bush on his right still smoldered from the lightning strike that had set it on fire. Rivulets still ran in multiple tendrils on the ground around him. Watching the water caused his parched mouth to ache. His thirst was the most painful part of his ordeal.

Orlando Dawn rotated his eyes (his head was strapped immobile to the tree) looking for a guard. The entire clearing seemed to be clear of people. Something just wasn’t right here. There should have been at least one watcher. He cleared his throat. His vocal chords were locked and stuck together. He tried to create some saliva to lubricate them. This occupied what seemed like an eternity. His throat burned.

His vocalizations, as inept as they were, did not bring anyone into his line of vision. They must be leaving him to die but couldn’t bring themselves to watch in the light of day. He wished they would come back and at least give him more of the drugged wine so he could dream himself into death.

As the tribe’s most celebrated warrior, he was too young, healthy and strong to die easily. This was going to take many days of agony. He sure hoped they appreciated it. He doubted it since he hadn’t volunteered for this duty to his people. He was born and raised to fight and here he was, being tortured by his own people.

He’d love to know who had tied him up. They sure did a great job.

Something moved on his left. He couldn’t make out what it was, probably an animal. Maybe the beasts would start nibbling on him. That was a lovely thought. Being eaten alive by animals. Nice.

His eight year old sister walked up to him, his battle sword in hand. She was going to pierce his body and put him out of his misery. Thank the Gods. She brought tears to his eyes. He couldn’t see. His gratitude distracted him so much that when he hit the ground, hard, he had no idea what had happened.

Posted by Vanessa Victoria Kilmer at 7:47 AM