the sea shore side spirit 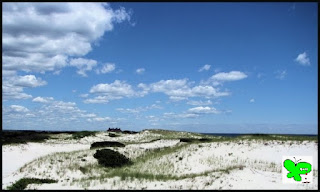 The coastal town on Sea Shore Side has a secret. The current one hundred and fifty residents are the latest generation in ten generations to keep things under wraps. Two hundred years ago, the original settlers began a long series of events that would haunt them and their children for all eternity. Unless the dead could come back and change history.

Simon Thunder had a perfect life. He lived in the city in a modern high rise condo. He drove a classic Cadillac convertible, only on the weekends as he had a driver that took him wherever he needed to go during the week: his office, his gym, the expensive restaurants he frequented and his sexy young boyfriend’s apartment. Joshua Sweet was the frosting on Simon’s cake of life.

They met at work where they both swung swords in their duties as City Constabulary. Joshua was tall and lanky and moved like water. Simon had a hard time concentrating when they were sparing during their practice sessions. The first time they struck swords, Simon had held back. He mistakenly thought his taller, bigger build would easily overpower Joshua. But the younger man had a keen sense of his opponents weaknesses and he flowed in and around Simon’s body making him work harder than he had in years. Only Simon’s vast experience kept Joshua’s sword from making contact.

Not usually an impulsive person, Simon fell in love with Joshua that first day but he didn’t do anything about it. All of his former relationships were with women. He hadn’t clue how to approach Joshua. Luckily, Joshua wasn’t shy. He asked Simon out for a beer to discuss some moves and the rest was history. They had been seeing each other for three months.

Saturday morning, while Simon was in the shower, the doorbell to his condo wrang. Joshua answered and received a package from a courier service. Simon came out of the bathroom wrapped in a towel hoping for a quick tumble only to find Joshua passed out on the floor, brown wrapping strewn around him, a copper kettle held to his chest.

Simon rushed to him, knocking the kettle away. It flew across the living room. Simon listened for breathing. It was faint but there. Simon slapped Joshua face. No response. He pulled the flowers Joshua had gotten him out of the crystal vase. They followed the kettle. He tossed the water on Joshua’s head. Joshua sputtered, spitting water out of his mouth and wiping it away from his eyes. He sat up. He grabbed Simon’s shoulders and shook him.

“I took the package from the delivery woman.” Joshua took a deep breath. He let it out in a long, slow exhale. “I took it to the side board to leave for you and I couldn’t let it go.” He shook his head, his long wet hair sticking to his cheeks.

“I couldn’t resist. I ripped off the wrapping and opened the box. I reached in, grabbed the kettle like it was the Holy Grail and passed out.”
Posted by Vanessa Victoria Kilmer at 6:24 AM