Chase down your passion like it's the last bus of the night. ~ Terri Guillemets 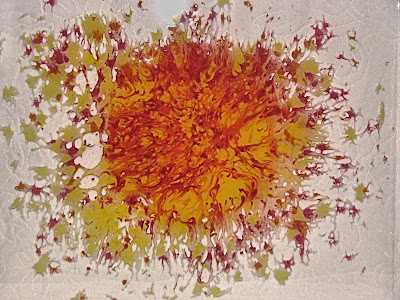 Passion, though a bad regulator, is a powerful spring. ~ Ralph Waldo Emerson 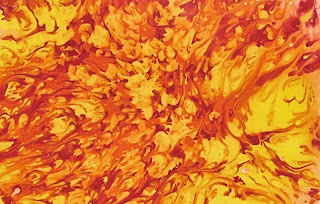 I learned something with great force yesterday - the people who make the most noise get what they want which is a shame because they are so often the ones who are in the wrong.

Nothing is without corruption. I read a post about the evils of chocolate. Michelle Dennis Evans pointed out in her article that there is very little Fair Trade Chocolate on the market. “Chocolate that had been farmed by children as young as seven who are treated like slaves, deprived of an education, who may never see their family again, who have been stolen and forced into horrendous situations.” From her article Bitter Chocolate ~ Compelled to share the sweet message with informative videos. There’s even an app. Please check it out. You can go to Fair Trade USA for more information.

The sun is shining here today. The blossoms on my dogwood tree are sparkling like reflections on a rippling lake.

QV is fixing the roof with his roofing buddy. The previous owner had the shingles put on backwards so rain was seeping into one of the dormers.

Later, when it warms up a bit, I’ll go out and take some macro pictures. There’s a class coming up the end of May at our county college on Photography I want to take. I think it’s about time I learned what I was doing instead of always winging it. There’s a photoshop class right after on the same day that I want to do also. I’m having a hard time waiting for it.

After getting a moment of fresh air, I’ll spend the rest of the day writing. I’ve got lots of catching up to do. I’m hoping this coming week will be free of unexpected occurrences so I can write. I need to be more demanding and selfish about my time. I allow myself to be so easily sidetracked. Tomorrow morning I will get back to the routine I set up and which has yet to become routine.

QV and I ordered our couch on Friday. It will be delivered this coming Thursday. It’s a leather sectional. I desperately wanted a new couch. The one we have is disgusting. It’s also cloth so The Codes hair is imbedded in the fabric. I wanted leather because I figured the dog hair would be easier to clean off. We will still need to cover it so his nails don’t puncture it. I should try to keep him off but after twelve years of bad behavior it seems unfair to try to change him now. He’s getting so old that when we leave now he’s reverted to puppy behavior and looks for things to chew up because he’s mad at us for leaving him alone. I told QV that there will be no more pets after The Codes. I need a bit more freedom.
Posted by Vanessa Victoria Kilmer at 11:52 AM