Ghouls are a Girl's Best Friend 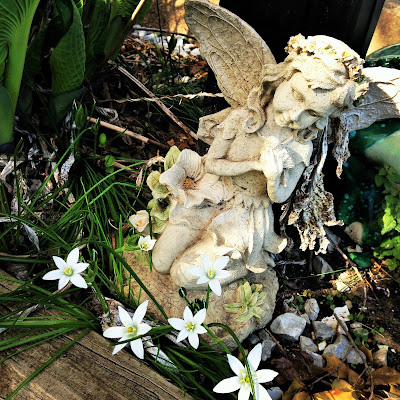 John and Jennifer were the owners of Crime Busters, a husband and wife duo who fought ghost crime. John was the front man because people trusted men more to get to the root of problems and get them solved. Men were stronger, faster and more intelligent. Everyone - with any intelligence, anyway - knew this. Women could answer the phone, look pretty and be nice. They had no business thinking, questioning, searching, carrying a gun, or punching an asshole in the nose.

Hence, John's picture on the billboards as the trusted face of Crime Busters. Of course, John didn't know anything about crime or ghosts or anything except talking a good game, but that was the most important part of any business. Just ask anyone. A business was only as valuable as the quality of its bullshit.

Jennifer saw apparitions. She talked to deceased people. She had a BA in crime investigation and a law degree. She sat at the receptionist's desk in a tight dress, kicking her crossed leg from the short hem. Her hair lay in perfect curls, her nails shown bright red and shiny, reflecting her pouty lips. When she answered the phone, her words came out in breathless, cartoonish squeaks.

They were both quite deceptive, especially with each other. He built relationships beyond her awareness (or so he thought) and she built bank accounts beyond his knowledge (in actuality.) Jennifer was rich. She discovered ages ago that as long as John's credit card was paid so he could run up his expense account, he was happy. He had no clue what they billed their customers.

He also had no idea that Jennifer was setting him up as a fall guy for her embezzlement and other fraudulent activities.

She called the FBI as a confidential informant and told them how Crime Busters took advantage of unsuspecting customers (after all, there really were no such things as ghosts,) billed outrageous fees and even gave credit terms at loan shark rates. Oh, and didn't pay any taxes on all of the cash payments they received. She told the FBI where they could find all of the secret books that John kept and kept secret from his bimbo wife.

She called John (using her real voice which he no longer recognized) as a tipster from one of his best buddies to let him know the FBI were investigating him. John secretly raided the only business bank account that Jennifer ever let him know about, netting him just enough cash to get him over the state line, thus making his crimes even worse in the government's eyes.

When the agents came to the office, Jennifer played her roll to perfection, her eyes big, round and innocent. She gave them the bank account numbers and let them look at all of their files. They didn't even need the warrants they carried in their suit pockets. They gathered everything up, locked the doors and sent the poor, dumb wife home, crying on the shoulders of a big, brawny agent.

The next day, Jennifer opened the first ever nudist camp for ghosts.
Posted by Vanessa Victoria Kilmer at 7:58 PM