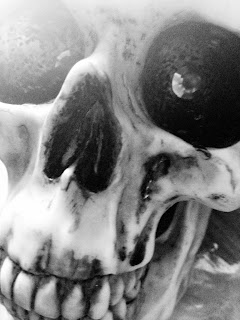 Picture a wood-paneled room in a secluded castle in a mountain forest. Two cotton-topped men sit in leather armchairs before a roaring fire.They discuss their plans for the future, lovingly code-named: How to take over the world by breeding and raising human cattle:

Posted by Vanessa Victoria Kilmer at 6:44 AM