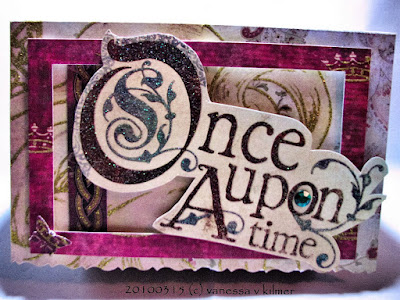 A dog barked. Birds twittered. A cricket called from the other side of the wall.

Light flashed across my bedroom window. I lay on top of my blankets unable to sleep. I didn’t toss and turn, or tangle in the sheets. I was just too tired to sleep. I closed my eyes. Light strobed against my lids.

A wisp of ectoplasm wafted over the foot of my bed, hanging over my naked feet. It thickened to form a solid bat, larger than normal. It’s claws gripped and ungripped the wood to the beat of my racing heart. Bats looked weird right-side up. Random thought. Not important. It ruffled its black, leathery wings, settled lower on its tail and spoke.

I touched my bright chartreuse hair. “Trite, baby,” I said. “What’s up, Drac?” I sat up, plumped my pillows.

Talking to the vampire in his bat-form caused a stabbing pain behind my left eye. He slurred his words and had an accent.

“The Beast bursts forth from the Netherworld.” Dracula took a breath. When he converted to a mammal, he needed to breathe. Just one of those odd things about magical creatures. The air passed between his fangs and he whistled.

“Not new news, Drac,” I said. “Gorgon has been grunting through the various planes of existence looking for me for several centuries.” I hefted my dead legs over the side of the bed and touched the power points on the outside of each knee. Energy sizzled and I stood. When I faced Dracula, his stood in his elegant vampire form.

“Gorgon fractured the prison of the House of Mirrors.” Dracula waved his elegant, long fingers in the form of a slashing “Z.”

I raised an eyebrow.

“He shocked his guards into oblivion.” Dracula lifted my white unicorn stuffed animal from my granny square quilt. He stroked the soft plush.

“You know I can not,” he said. “My skin has no nerve endings. None of my senses function in this form. I am dead.” He frowned.

“No one says that anymore.” Some old creatures had a hard time adjusting to current times.

“He has captured Rust.”

I stopped smiling. Rust. The town of my birth. The place of my ancestors and my descendants. Ten generations in both directions, past and future.

My magically animated legs moved me closer to Dracula. I took the unicorn from his lifeless fingers and touched the silver horn. It transformed into my sword, the metal of the blade a mother-of-pearl rainbow, the hilt wrapped in soft white leather. Ignis Fatuus, the sword of illusion, deception and confusion - Fool’s Paradise. I kissed the blade, slid it into the sheath that materialised on my back and rolled my shoulders, remembering its weight.

“He has imprisoned the entire town and will crucify one person a day along the perimeter until you meet him in the mountains.”

“How do you know all this?”

Dracula blinked. There was no reason for him to blink. His eyes turned red, the black pupils fading to scarlet.

I moved a hair’s breadth in reality and saved my life. Dracula was starving. I don’t know how he had hidden it from me. He wanted my blood.

“He sent me,” said Dracula. His incisors elongated. He lunged in my direction. I thought of Rust. I folded space and time. I flashed out of hiding.
Posted by Vanessa Victoria Kilmer at 7:35 PM