Ectoplasm wafted over my naked feet. It formed a bat, larger than normal. It’s claws gripped and ungripped the wood of the foot board to the beat of my racing heart.

I touched my chartreuse hair. “What’s up, Drac?”

“The Beast bursts from the Netherworld.” Dracula took a breath. The air passed between his fangs and he whistled. “He hunts you.”

“Not new news, Drac.” I hefted my dead legs out of bed and touched the power points on the outside of each knee. Energy sizzled. I stood. When I faced Dracula, he appeared in his elegant vampire form.

“Gorgon fractured the prison of the House of Mirrors.” Dracula slashed his long fingers in the form of a “Z.” 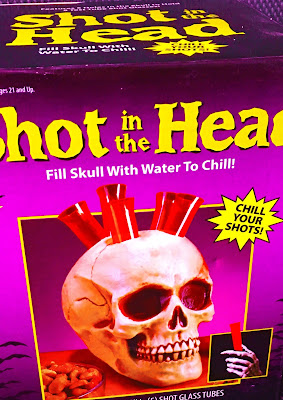 I raised an eyebrow.

“He shocked his guards into oblivion.” Dracula stroked my white unicorn stuffed animal. “He captured Rust.”

Rust. The town of my birth. The place of my ancestors and my descendants. Ten generations in both directions.

My magically animated legs moved me closer to Dracula. I took the unicorn from his lifeless fingers. I touched the silver horn. It transformed. Ignis Fatuus, the sword of illusion, deception and confusion - Fool’s Paradise. I kissed the rainbow blade, slid it into its sheath. I rolled my shoulders, remembering its weight.

“He will crucify one person a day until you meet him in the mountains.”

“How do you know all this?”

Dracula blinked. There was no reason for him to blink. His eyes turned red, the black pupils fading to scarlet. Dracula wanted my blood.

“He sent me.” Dracula’s incisors elongated. He lunged in my direction. I thought of Rust. I moved a hair’s breadth in reality, folded space and time and flashed out of hiding.

the TWICE as LONG version
Posted by Vanessa Victoria Kilmer at 6:47 PM