Tales on Tuesday – Leave It to Beaver

Barry was a baby beaver living in Bavaria. His mom and dad built sturdy, long-lasting beaver lodges. Barry wanted to be just like them. He tried to follow in the paths of their beaver tails, but he was told to stay home. He was told he was too bitsy of a beaver baby. He had a lot of growing to do to become a big beaver before he could learn to chomp a fat tree trunk and leave tooth marks the way his mom and dad left grooves in growing trees. 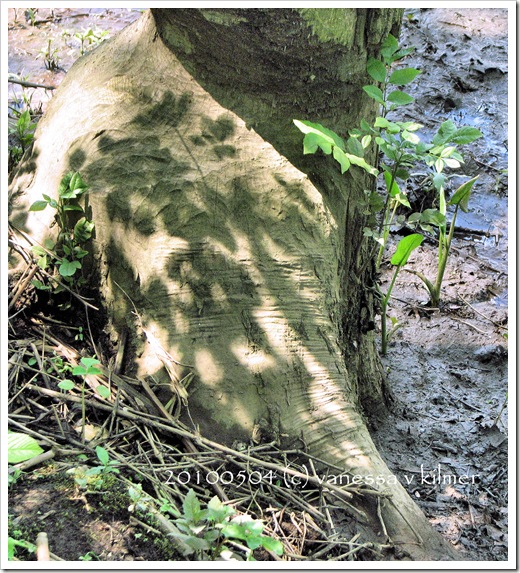 Why, he didn’t even have his buck-toothed beaver teeth yet. The other baby beavers laughed at Barry for thinking he was beaver enough to gnaw on trunks. The big beavers shook their heads at Barry’s big beaver attitude.
Bertha and Bartholomew, Barry’s mom and dad, just patted Barry on the head and told him to stay home like a good little beaver. He should keep safe in the excellent beaver lodge they built for him and his brothers and sisters. He should not embarrass them all by doing something well beyond his capabilities. Barry should consider their social standing in the beaver community.
While Barry’s parents were out chewing up wood and his brothers and sisters were taking baby beaver naps, Barry snuck through the beaver tunnel and swam into the dammed up pool surrounding his parents’ beaver lodge. Working like any self-respecting busy beaver, Barry created his own beaver dam and a fairly decent beaver lodge. Since he built in secret, no one knew it was his. 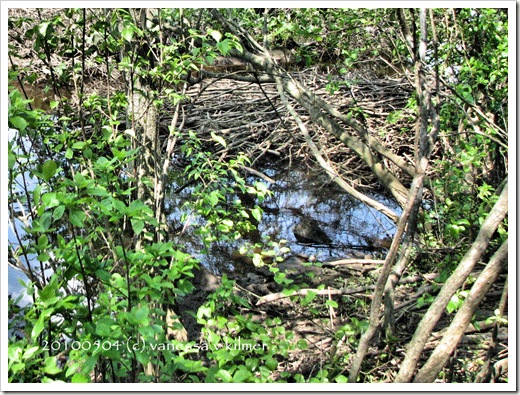 When he was done, Barry tried to tell Bertha and Bartholomew of his creation, but they did not believe Barry. They were quite angry with him for trying to take credit for someone else’s work. That was a big no-no in the beaver world view of things so Barry was punished by being sent to bed without his daily roughage.
Upset at his treatment, Barry swam away from home and went to live in a new forest where no one knew him or his parents. He became a famous beaver developer, building huge tracts of beaver lodges in the Levittown style in honor of his hero. When his parents passed him in the forest, he would turn up his tail and pretend he did not know them. This went on for many moons until disaster struck the woods where he grew up.
Forest rangers destroyed all of the beaver dams built by his parents. They drained the creeks and broke up all of the lodges. This caused Barry’s family to become homeless. When Barry heard about his family’s destitution, he invited them all to live in lodges he created.

I began my vacation Friday. My daughter brought me Nicholas. I will be babysitting all week while she goes to Florida with her husband. Saturday we went on this year’s first camping trip. We got back late Sunday. Monday, Nicholas and I tried to recover. Today, I spent all day visiting with my parents so they could spend more time with their great-grandson.
I forgot how much work a teething seven month old baby can be.
I am hoping to have some time this week to clean up my online life and go around and visit. 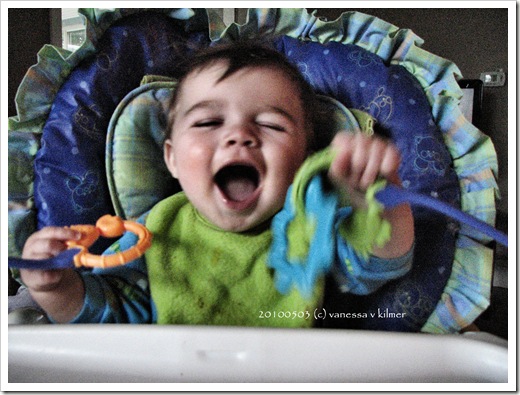 The wiggling wild man says hi. And I’m going to go get some sleep while I can. 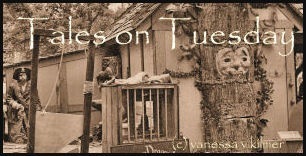 Do you have a TV show theme to suggest for future Tuesdays?
Leave your suggestions in the comments.
Here's Mr. Linky. Sign in if you wrote a story for today's theme "Leave It to Beaver.”
Be sure to link right to your story.