"She loves the serene brutality of the ocean, loves the electric power she felt with each breath of wet, briny air." - Holly Black 'Tithe' 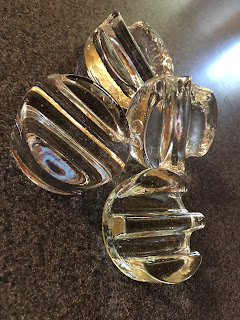 A year ago, I attempted to brine some carrots, for probiotics. 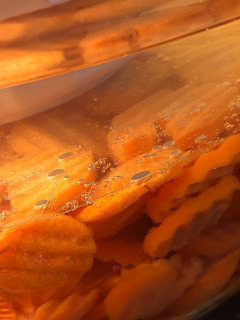 I used pre-sliced carrots. I was lazy. Everything I read told me not to use them. They wouldn't come out well. 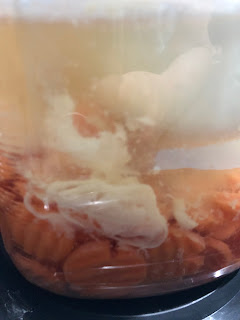 They didn't. They tasted like soap. But I think there's lots of bacteria growing in there.

It could be carrots weren't the best choice, or that the chlorine wash killed the good bacteria, or the jar was wrong.

But I really wanted to do this, so I bought a canning kit. 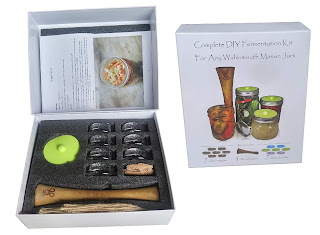 A pretty canning kit because I need pretty things. 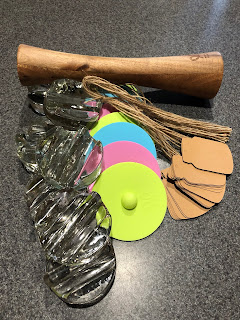 A beautiful wooden tamper for things like sauerkraut. Glass weights, lids that allow the gases to escape during the fermenting process, hemp ties, and tags. 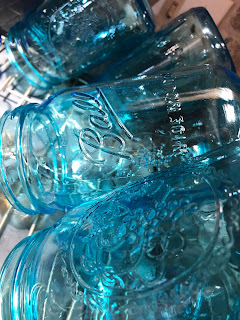 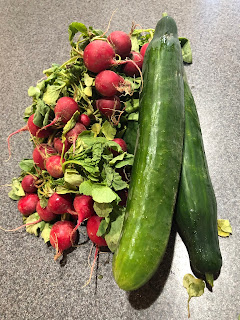 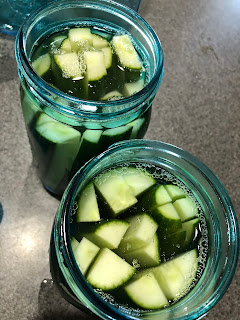 The brine is very simple. Two tablespoons of Kosher salt and four cups of water. 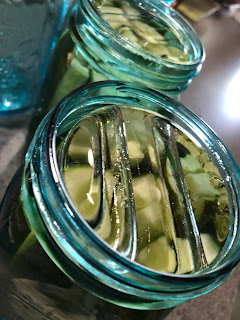 It wasn't until just now that I found out I put the weights in upside down. The flat side is meant to go down as the groves are handles to lift the weights out of the jars. 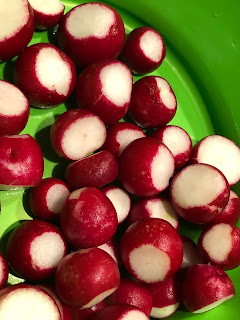 I didn't think I had very many radishes, but they filled one jar perfectly. 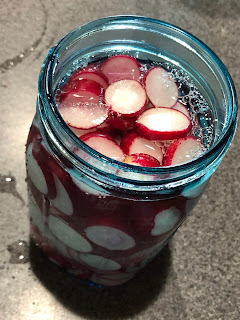 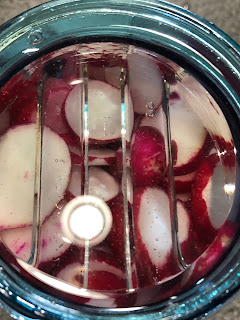 Sealed and ready for three days of "no touchy." 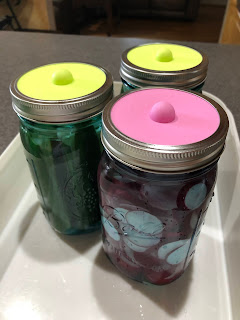 They are in a pan because they might bubble over. 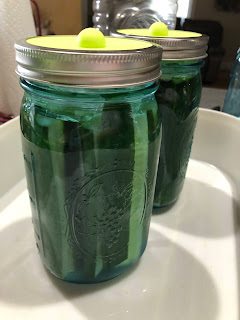 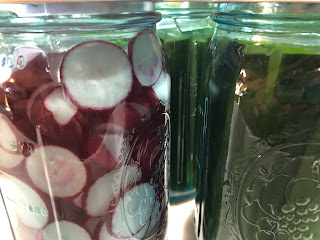