Lancaster, PA, (pronounced LANK-aster with the middle part distinct yet said together by the locals) was originally called Hickory Town and is one of the oldest inland cities in the United States. The center of town, a single block of mostly brick buildings, is formed by King Street, Queen Street, Orange Street and Prince Street. These names hearken back to a time when we were still The Colonies. 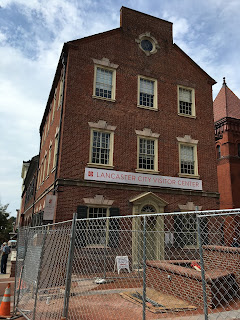 The corner of King Street and Queen Street forms the bottom left corner of The Box, a square circle with a monument in the middle. 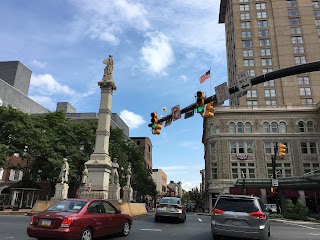 There is parking on the edges of the streets but those spaces were quickly taken. I parked in one of the convenient parking lots in the middle of the block. The price for my short Sunday stay was $6.00 for less than two hours.

I parked, grabbed my Shunk backpack filled with my iPad and notebook along with my camera and phone and headed for King Street where I picked one of the many restaurants in the area to have brunch.

I immediately found Steinman Park, a hidden garden created by the surrounding buildings. It’s a brick courtyard with outdoor seating for eating called The Pressroom. A beautiful fountain formed the base end with a bar off to the side. The fountain end had raised bar tables, the area closest to the entrance had regular height tables. 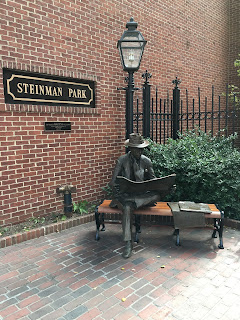 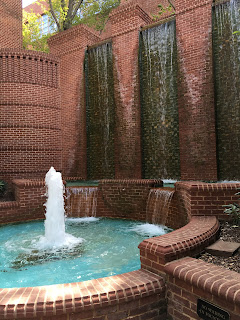 When I got there around eleven am, only one outdoor table was occupied. I took pictures, found a table right near the fountain and settled in. I ordered a virgin Bloody Mary and coffee and Scallops and CornedBeef with a Poached Egg to eat (they forgot the corned beef, but I didn’t notice until I wrote this.) They were playing 70’s and 80’s music at just the right sound level. My Bloody Mary tasted like a shrimp cocktail. Perfect amount of horseradish. 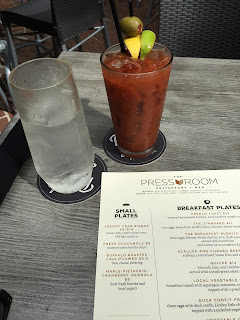 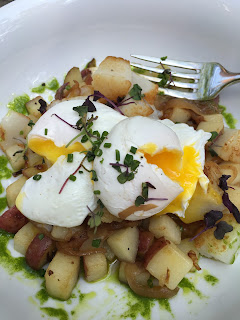 Kevin, my waiter/bartender, was friendly, efficient and attentive without hovering.

After dining, I walked around the block filled with quaint shops and plenty of eateries. 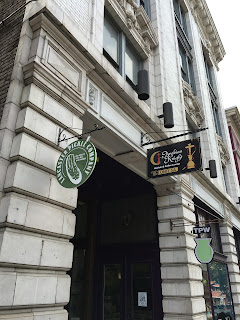 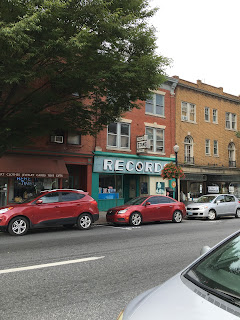 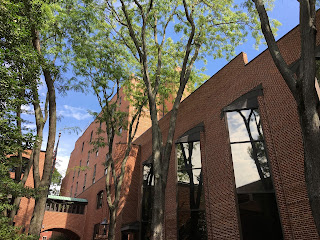 Lancaster is definitely worth a re-visit.
Posted by Vanessa Victoria Kilmer at 6:22 PM