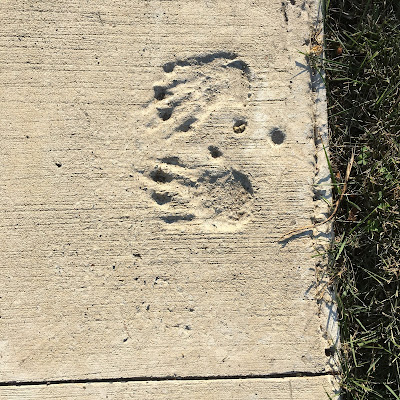 I went to Germany, Austria and Italy in June of this year. It was a fantastic trip. I took thousands of pictures with both my phone and camera. I'm still sorting through them so I can put them on memory sticks and give them to my travel mates (my brother, Jim, and sister-in-law, Karen [who upgraded us to first class flights those two amazing studs], Karen's sister, Tina [also known as American Eva], Eva [aka The Manager], and my cousin, Seppi [Austrian Larry.])

The Manager forced us to walk an average of 13,000 steps every day. It was torture. I was miserable and cranky. Everyone took my poutiness with much more grace than I showed while enduring it.

When I got home, I decided to continue walking. After being abused as I was in Europe, an hour each morning would be as nothing in comparison.

Except, it's REALLY boring walking in circles in my neighborhood. So, I entertain myself by by setting little photog tasks for myself. You can join me if you want.

This coming week, I'll be taking pictures of cement graffiti.

Humans putting their marks on walls is an ancient tradition: cave paintings in the Cave of Altamira, Santander, Spain, workers marking tombs in Giza, brothel messages from Pompeii, "Kilroy was here" during World War II, tagging in inner cities.

Graffiti is officially an art form.