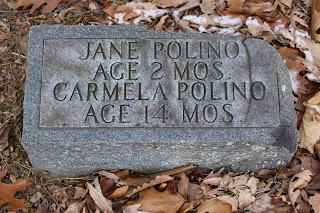 I don’t know if anyone else grew up in a family fascinated by the dead. On long car rides into the Pennsylvania mountains, my mother would point out all of the dead deer on the side of the road. When I objected to being forced to view the mangled bodies, she told me to stop living in my fantasy world. Carcasses were a metaphor for reality, and we must not shirk our duty to real life.

On Sundays, when I was a young child, my Oma and mother and I strolled through the neighborhood graveyard in Hallein, Austria. They commented on those who went before us, nodding and greeting fellow visitors, as I followed behind them. Funny, I don’t recall going to Mass first, even though I loved going to church in Austria. Every church was like a cathedral, every Mass in Latin with incense and chimes and holy water sprinkled on my, even then, Pagan soul.

There might be a viewing going on in which we had to participate. In the small town, my Oma knew everyone, so whoever died was a friend or enemy or a relative of either. Proper manners and curiosity dictated that one go through the viewing building. Since I was a child, I didn’t have always to go inside which was good since dozens of flowers covered the caskets. The stench of the sickly sweet blooms always made me queasy and faint. Most times, I stood outside and looked through the big single pane window. Being outside was better until I remembered that my mother’s only full-blooded sister, Katy, was buried just outside the viewing room entrance.

We had to pass her eternal home every time we entered the cemetery. They told me, every time we entered the cemetery, my mother’s only full-blooded sister had died as a small child. They buried her right there. I felt guilty that I was alive while the only important person in my mother’s life was stuck there in the ground. She was quiet and still in a way I never was or could be. She had a stone plant urn right next to her, solid as a rock.

I’d follow my Oma and mother into the cemetery, pass my long dead properly behaving aunt, peek in at the newly deceased, my nose pressed to the perfectly clean window, staring at the waxy corpse and the viewers parading by, hoping it wasn’t someone my Oma knew too well, so she would go faster. If she knew the dead body, she’d linger, perhaps remembering fond times or childhood antics. I’d stare hard at her so she would hurry and so no one would talk to me. If I pretended they weren’t there, I wouldn’t hear any of the voices. Sometimes I couldn’t tell the difference between the living voices and the dead voices. I mean to tell you, that’s some scary shit.

My Oma and mother would come out and we’d walk around like we were in some park. Most times, I just followed behind, kicking the stones of the well-tended path, glancing at a fancy headstone if it was of an angel or a lily in high relief.

This one time, though, I noticed the small sizes of the plots in one section of the graveyard. Plots were outlined in stones, creating well-defined rectangles. There was no way you’d be stepping on anyone’s grave there. You’d trip over the little stone walls. All of the plots were maybe three feet by six feet, or maybe two by five. I was only five or six at the time. What did I know of measurements? We walked past these graves, along the front path, turned the corner to the left, went a little way and the graves were smaller by three-quarters, one by two.

I don’t know why all of a sudden I saw them. I had been there many times before. But I noticed them. I asked why they were so small. They shushed me. I asked again. I kept asking until they told me. These were the graves of babies. I stopped walking. I stared at them. I couldn’t move. How on earth did babies die? I couldn’t fathom such a horror. Babies. I said it to the air since my Oma and mother had walked beyond me.

I burst into tears. Right there. In the cemetery. Surrounded by stoic Austrians. I caused a scene over long-dead babies that no one even remembered anymore. They couldn’t get me to stop crying over the babies. I was ridiculous. They dragged me from the cemetery. I didn’t want to go until someone told me how it was that babies could die. They wouldn’t. They couldn’t.
Posted by Vanessa Victoria Kilmer at 1:37 PM